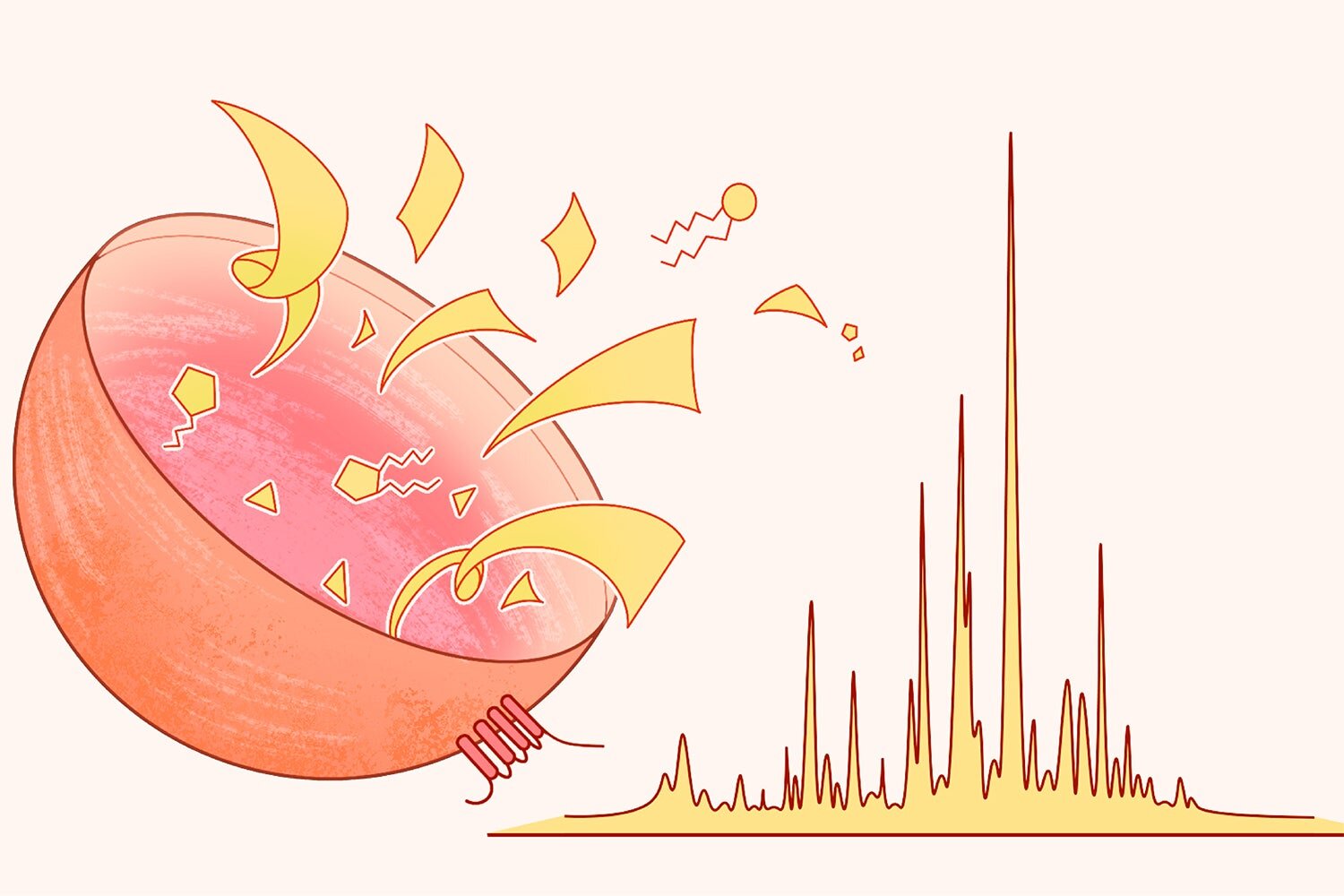 By George S. GarciaSeptember 21, 2022No Comments

Small but powerful, lysosomes play a surprisingly important role in cells despite their small size. Making up only 1-3% of the cell by volume, these little sacs are the cell’s recycling centers, home to enzymes that break down useless molecules into smaller pieces that can then be reassembled to form new ones. Lysosomal dysfunction can lead to a variety of neurodegenerative and other diseases, but without ways to better study the internal contents of lysosomes, the exact molecules implicated in the diseases – and therefore new drugs to target them – remain elusive.

A new method, reported in Nature on September 21, allows scientists to determine all the molecules present in the lysosomes of any cell in mice. Studying the contents of these molecular recycling centers could help researchers understand how the poor breakdown of cellular materials leads to certain diseases. Led by Sarafan ChEM-H Institute Investigator Monther Abu-Remaileh of Stanford University, the study team also learned more about the cause of a currently incurable neurodegenerative disease known as Batten disease, information that could lead to new therapies.

“Lysosomes are both fundamentally and clinically fascinating: they provide nutrients to the rest of the cell, but we don’t always know how and when they provide them, and they are the place where many diseases, especially those affecting the brain, begin,” said Abu-Remaileh, an assistant professor of chemical engineering and genetics.

Certain proteins that are typically located in lysosomes are linked to a number of diseases. Mutations in the genetic instructions for making these proteins lead to these “lysosomal storage disorders”, as they are collectively called, but the functions of some of these proteins have long puzzled scientists. Information about how these proteins work could help scientists develop better ways to diagnose, monitor, or treat these diseases.

If scientists want to study the role a particular protein plays in the cell, they can block or stimulate its function and see if certain molecules appear or disappear in response. But studying the contents of lysosomes is a problem of scale. “If something happens and a molecule grows in abundance 200 times in the lysosome, you’ll only see a two-fold increase if you look at the whole cell,” said Nouf Laqtom, first author of the study. The revealing results are buried in the noise.

To quiet the noise, researchers would have to separate the lysosomes from everything else in the cell. They had previously developed a method to do just that in lab-grown cells, but they wanted to develop a way to do the same thing in mice.

The first step in their quest to isolate lysosomes was to make a small modification to the genes of mice to install a small molecular tag on the surface of each lysosome in the whole animal. At any time when they want to stop and check the molecules in the mouse’s lysosomes, such as after fasting or giving them a specific food, they light up the tag in the cells they want to examine and then remove the cloth and grind it carefully. until breaking the cells without disturbing the lysosomes inside.

To fish out the lysosomes from the cell sludge, the team relies on magnets. To their mush, they add tiny magnetic beads that are each decorated with molecular tweezers that grab the lysosomal tag they had previously installed. They can selectively collect all of the lysosomes using a second magnet, then break apart the lysosomes to reveal the molecules that have been safely nestled inside. Mass spectrometry, a set of tools that determines the weight of different molecules in a mixture, then helps researchers identify individuals in their lysosomal molecular potpourri. Those that increase or decrease would indicate to scientists certain pathways or functions.

Except for the small extra tag on each lysosome, these “LysoTag” mice are otherwise normal laboratory mice. Now, almost any researcher can use these mice to study the role of lysosomes in different diseases.

“These mice are freely available to everyone in the research community, and people are already starting to use them,” Abu-Remaileh said. “We hope it will become the gold standard.”

Know where to look

The team was eager to apply their method to study lysosomes found in brain cells to better understand neurodegenerative lysosomal storage diseases, starting with CLN3 disease or juvenile Batten disease. “We really see this as one of the most pressing issues that we can help solve,” Abu-Remaileh said.

Caused by a mutation in the gene that codes for a protein called CLN3, juvenile Batten disease is fatal and results in vision loss, seizures, and progressive motor and mental deterioration in children and young adults. The CLN3 protein is found on the lysosome membrane, but no one has ever determined its function in the cell or how its dysfunction leads to the observed symptoms.

Using their LysoTag mice, the researchers collaborated with experts from Sarafan ChEM-H Metabolomics Knowledge Center and the Whitehead Institute Metabolomics Core Facility and found a dramatic increase in the amount of a kind of molecule called glycerophosphodiester, or GPD for short, in mice carrying the CLN3 disease mutation. These GPDs are temporarily formed during the breakdown of fatty molecules that make up the membranes of every cell in our body.

In healthy cells, GPDs do not accumulate in the lysosome; they are exported to another part of the cell, where they are then degraded into smaller pieces. The researchers now believe that the CLN3 protein plays an important role in this export, either by directly removing the molecules or by helping another protein to do this job. They found GPD molecules in the cerebrospinal fluid of patients with CLN3 disease, suggesting that clinicians could potentially monitor GPD levels to measure the success of future treatments. The team is now determining which of the GPD molecules could be toxic and how the proteins involved in the manufacture and export of GPDs could be targeted with new drugs. They are also applying their method to examine other diseases that involve mutations in lysosomal genes, such as Parkinson’s disease.

“You can’t develop new ways to diagnose or treat disease if you don’t know what’s changing in lysosomes,” said Laqtom, a former postdoctoral researcher in the Abu-Remaileh lab. “This method helps you make sure you’re looking in the right direction. It points you in the right direction and keeps you from getting lost.”

This document is subject to copyright. Except for fair use for purposes of private study or research, no part may be reproduced without written permission. The content is provided for information only.